Quite one of the most delightful legends to be found in the Highworth area concerns Harriett Elizabeth Warneford. Harriett was born in 1803 and apart from ten years spent in London she lived all her life at Warneford Place. As a child she was told all the old legends and folk tales of the country by the tenants, carters and shepherds who worked on the estate. 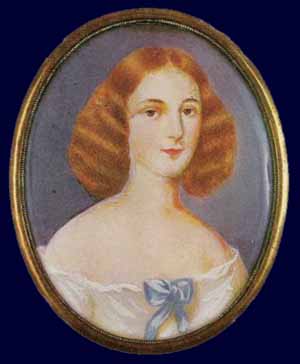 She particularly loved the hares that flourished in the area, and it appears that these shy creatures were not afraid of her, letting her come quietly near to them. One ancient woodman who lived in a cottage near the osier beds said “Miss Harriet be like to a red leveret; when she be dyin‚ the great downland hares will gather round to dance the passing dance. Vur she’s a hare‚ spirit in her.”

Harriett died on the 7th March 1861. The day after her funeral her home stood locked and empty, silent and waiting. Then just as the old man had foretold the red hares came, darting onto the lawns where they danced wildly in the silvery light of the moon.

The story is more fully and charmingly told in Mary Gibson’s book ‘Warneford Being the Life and Times of Harriet Elizabeth Wetherall Warneford’ from which the following is taken:

‘Eagles the keeper saw them as he went on his nightly prowl after the poachers – he hid behind the bole of a great tree, struck stark dead wid fear. There were dozens of ’em cumin from all sides’. From the wide fallows of Queenlains, from Acorn Copse, White Horse Piece and Great White Cross, the hares ran, singly, in twos and threes’. Eagles told how they danced and boxed on the long lawns by the lake which reflected the gleaming crescent of the moon on its surface. “I were mightily affeared to move”, recalled Eagles.” I had me gun with me but I could not fire a shot. I stayed ther‚ Lawd knows fur how long, dumb-struck like a zany”. 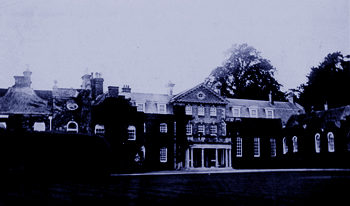 This story was supposed to have meaning both natural and supernatural – but it was the supernatural version that was accepted by the local folk. Harriet’s name, her red-gold hair like the pelt of a hare, and the tales still told of how, when she was young, she had love to roam the wild place of the estate, convinced them and Eagles most of all, that on that night the fifteenth of March, 1861, he had seen Harriet’s spirit enter body of the hare. Nothing would induce him to aim his gun at a hare again, and it was many years before the legend faded and was at last forgotten. For a long time if anyone shot at a hare they were warned it might have been the one in whose body dwelt the spirit of Miss Harriet.