This story was “My father was cycling back home to Bourton late one night and was approaching Acorn Bridge. The bridge had been built to carry the main railway line to London over the river Cole. It had two arches, as it does today, but at that time the old Wilts and Berks canal ran under one whilst the main road ran under the other. 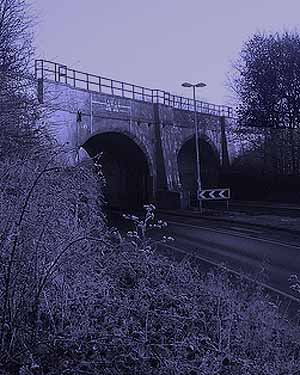 The canal was overgrown with rushes and large leafed vegetation. Suddenly a figure sprang out from the canal side right over his head scaring my father mightily. He pedalled home furiously scared out of his wits. To his dying day he swore that it was a ghostly apparition.” Told by a long term resident of South Marston and is believed to have taken place in the 1930’s.