The Workhouse in England

Workhouses were to be found throughout England from the 17th to the 19th Century and were created to provide employment for paupers and food and lodging for the infirm. It was not until the 20th century that the system of social security replaced them.
Unfortunately they also proved to be a convenient place to house orphans, lunatics and criminals and some workhouses were difficult to distinguish from houses of correction.
In some cases the inmates were either let out to provide cheap labour in the community or kept idle to prevent competition with local workers depending on the economic situation at the time. 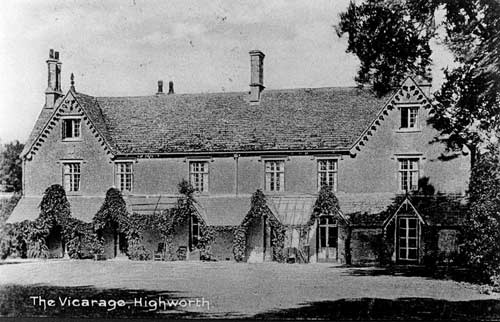 An Act of Parliament in 1789 resulted in a new workhouse being built in 1790. It was built in Cricklade Road, Highworth and cost the parish £1900. It continued to be used as the parish workhouse until 1835 when as a result of the Poor Law, Swindon and Highworth were joined in the Poor Law Union.

The workhouse in Highworth was the only building available for the new, larger union but it was clearly not big enough and the sum of £850 was allocated to provide alterations and enlargements to allow housing for sometimes up to 80 inmates. However, due to increasing demand for places this too became over subscribed which led, in 1846, to a new workhouse being built in Stratton St Margaret near Swindon.

For example, on September 21st 1857, when the workhouse had moved to Stratton, the following Highworth people were successful in their tenders.

William Newman for bread at 6d. per 4lb. Loaf and thick cheese and salt.
Harris and Seymour for thin cheese, black tea, loaf sugar, treacle, soap and starch.
George Gorton for meat at 5 3/4d a pound.
William Bullen for shoes.

Staff for the Highworth and Swindon Union were always needed and it is noted that in 1858 they were advertising for the following posts.

The post of Nurse (in 1857, £18 per year plus board and lodging) appeared more frequently, probably prompted by the many scandals brought to the attention of the Poor Law Board, who often demanded a scapegoat – usually the nurse and porter. One example of the sort of problems they had to deal with follows:

Three men and three women were brought up in custody, under a warrant, charged with absconding from the Highworth and Swindon Union Workhouse, but no person being present to prefer any charge against them, police sergeant Hall was sent off for Mr Houghton, the master of the workhouse, and business was suspended for some hour or hour and a half waiting his arrival. He having at length made his appearance, the case was gone on with, when it appeared that on Monday morning last the three women were impertinent, and refused to go to their work, and that Mr Houghton, as a punishment, was taking them to the back part of the house for the purpose of locking them up, when they ran off across the garden, and the three men who were working at the time in the garden ran off after them. He, the master, made no effort to prevent their going, as it was against orders that he should do so. Mr Daubney, ‘You surely do not mean to say that you have not the power to prevent running away. It is perfectly disgraceful!’

The women, in answer to the charge, said they were very unfairly treated by the master and the matron; they were put to do more work than the other inmates, and their food was changed. When being taken to be locked up they ran off across the garden, but neither the master nor the matron did anything to prevent their getting away, but stood laughing and grinning at them. They knew nothing of the men running away till they came up with them in the field adjoining the garden. The men said that seeing the women running away, they ran after them for fun. A witness was called by Mr Houghton, who stated that the three women had determined on the previous Sunday to do something to get to gaol, ‘for a change’, and that it was first determined to break the windows for the purpose of accomplishing their object, but that they gave up this idea for that of running away.

Mr Daubney said the bench would send the women to gaol for one month each, and the men for 40 days each. He also felt bound to say to Mr Houghton, the master, ‘You did not do your duty in not attempting to prevent those prisoners running away. Instead of laughing and grinning at them, you should have used your best endeavours to have got them back, and if you could not have succeeded yourself you should have called the porter to your assistance. It would appear that you were endeavouring to get the inmates into the clutches of the law, rather than to keep them in proper order. The state of the workhouse is disgraceful and we have more trouble with it than there is with all the other workhouses in the country put together.’
Mr Houghton stoutly denied the women’s statement that he stood and laughed at their running away.

But there were happier times as well as shown by this account of the Christmas festivities in 1857.

On Christmas day the inmates of the Union workhouse were treated with a plentiful supply of beef, plum pudding and beer, the expense having been defrayed by voluntary subscription from the ratepayers and inhabitants residing in the neighbourhood. After dinner tobacco was supplied to the men and snuff to the women, and oranges and nuts were distributed amongst the children.

Local elections to the Board of Governors of the Highworth and Swindon Union were not without controversy as the following report illustrates:

Mr Wheeler and the Board of Guardians.
On Friday last, May 23rd. Hawley Esq., one of the inspectors appointed under the Poor Law Board, held a court at the Board Room, Union Workhouse, Stratton St. Margaret, to enquire into petition that had been presented to the Poor Law Board by Mr J.C. Townsend of Swindon, against Mr C.A. Wheeler of the same place, as an elected Guardian of the Poor for the Parish of Swindon. Mr Townsend conducted his own case and a Mr Cornish appeared for Mr Wheeler.

At the election of Guardians in April last it will be remembered Mr Wheeler was returned as one of the Guardians for the parish of Swindon by a majority of 14 votes. Upon afterwards comparing the list of persons voting with the names on the rate book, it appeared that 18 were not entitled to vote, their names not being on the rate book for one clear year before the date of the election, as required by law. From the evidence adduced at the inquiry it appeared a Poor’s rate was made in November 1854, and another in May 1855: to qualify a ratepayer to vote at the election in April 1856, his name must therefore have been on the November 1854 rate, but it appears that the voting papers for that election were filled up from the rate book of May 1855, instead of from the former rate book of November 1854. But for this mistake, therefore, Mr Wheeler at the election would have been in a minority of four instead of a majority of 14. Several voters were objected to as ‘fictitous’, whilst a much larger number, making in the aggregate above sixty of Mr Wheeler’s votes were objected to under the ‘Small Tenements Act’.

Mr Hawley in commencing the business of the inquiry observed that he was not there for the purpose of deciding upon the merits of the case about to be brought forward – he was there by order of the Poor Law Board to take all evidence that might be brought forward, and from that evidence make his report to the Board in London, who would decide the case.

It will be the recollection of our readers that in May last the Poor Law Board instituted an enquiry into the legality of the return of Mr Charles Anthony Wheeler as one of the guardians of the Poor for the parish of Swindon, and that J.H. Hawley Esq., one of the Poor law Inspectors, held a court at the Board Room, Stratton St. Margaret, on the 23rd of that month, for the purpose of taking evidence in respect to the petition that had been presented against Mr Wheeler’s return. On Wednesday morning last the decision arrived at in the case by the Poor Law Board was received at Swindon, and immediately afterwards made public. The Board, after reciting their authority and relating the particulars of the nomination and election, say:
And whereas a question has arisen as to the right of the said Charles Anthony Wheeler, to act, by virtue of such alleged Election, as an elective Guardian of the Poor for the said parish; and We the Poor Law Board, under the authority of the Statutes on that behalf made and provided, have seen fit to enquire into the circumstances of the case, and find, after full enquiry, that the said Charles Anthony Wheeler was not duly elected a Guardian of the Poor for the said Parish of Swindon at such Election, but that the said James Ellison was duly elected…

A Parliamentary Report issued in 1777 records a parish workhouse in Highworth with spaces for up to 38 people. However, once the workhouse had moved to it’s bigger premises in Stratton St. Margaret it could accomodate a much larger number of inmates as shown by the figure below;

The Wiltshire Census Returns for 1841 to 1891 show the following figures for the Highworth and Swindon Workhouse based in Stratton St. Margaret.

Since the workhouse moved to Stratton St. Margaret the property in Highworth has had a variety of uses. By 1880 it had become known as Westhill House and was used as a vicarage for St. Michaels Church. Later, in the 1920’s, it was the home of Sir Noel Arkell for several years. It was then purchased by the Highworth Building Company and converted into three private homes in the 1960’s. Today the property is registered as a Grade 2 listed building.

In the grounds there still stands a small, rather inconspicuous brick building which some say was the Workhouse Mortuary.