Probably the most well documented of Highworth’s ghost stories is the sighting, by four people on 11th April 1907, of the figure of a man in St Michael’s church. The initial report came from the Society for Psychical Research who had obtained a statement within a week of the occurrence. The statement, made by J. Graham Arkell on 11th April 1907 is as follows…. 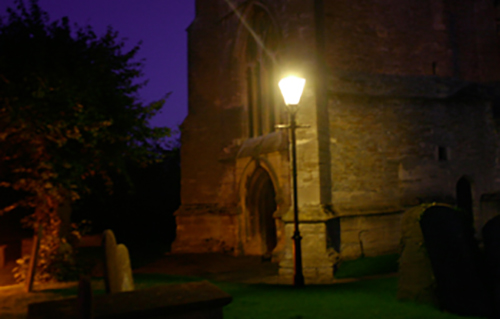 “On Friday 5th April, I was in the church with my brother (fifteen) and sister (eighteen) and a friend (eighteen?). We were at the organ when Miss Ludlow (the friend aforesaid) suddenly said, ‘Oh, look! Whatever is that?’ We all turned and saw down by the church door (South) the figure of a man, leaning forward, apparently interested in what we were singing. What struck us all simultaneously was that instead of having an ordinary face the figure had a featureless grey blank, though where the eyes should have been there were sunken dark shadows. The others were rather horrified and tuned away, but I still looked until it disappeared behind a pillar with a jerky movement of the arms. A lady who was decorating the font down by the same door at the time saw nothing and said no one had been into the church. The sun was shining at the time (11.30am) so that we could not have mistaken it for any ordinary person, as it was by the open door where the light was very bright. This is the barest statement and gives no idea of the horrible impression made upon the persons. My sister was practising hymns at the organ and my brother blowing.”

Mr Arkell’s statement is followed by the confirmation of the other witnesses:
“We whose signatures are here given are the three persons referred to in the statement made by Mr. J. G. Arkell (11th April 1907) and entirely concur in that statement. 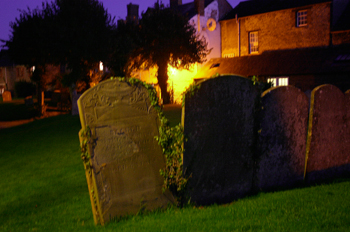 Thirty years later, in 1938 J. G. Arkell confirmed the accuracy of his statement whilst the Reverend J. K. Stephens who had been vicar of St Michael’s church at the time of the incident commented: “My impression certainly was that if there had been a hoax the lady who was decorating the church near the door must have seen it all. She certainly would never have perpetrated the hoax herself.” 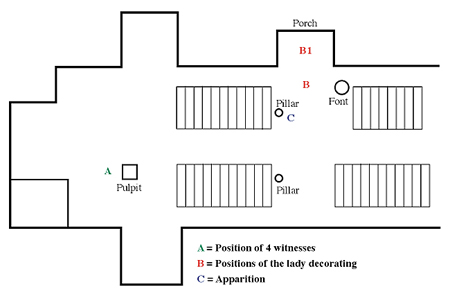 Mr Ivor Hawkins, verger of St Michael’s, also saw an apparition in the church in November 1936 at about 7.45 pm. His account follows:

“I had just unlocked the church to light up for choir practice and as I turned round from closing the door the figure came up the centre aisle and went through some curtains near the west end door; it did not appear to part them but went straight through them. The only light was from the lamps out in town so it was rather dark, so I could not discern any features; it was medium height and dressed in a long white robe, it made no noise as it glided along. I have not heard of anyone who has seen the apparition since.”

Further reports of a phantom seen in the churchyard appear to be similar. It is said to move from one window to another, peering in and then rushing off, as if wishing to enter the church but unable to do so. The ghost has a face without features, and just a grey blank with two dark patches where the eyes should be. One witness described the spectre’s face as resembling a large pile of dust from a vacuum cleaner.