According to the landlord, the ghost of a ‘scruffy’ man has been spotted loitering in a corner at the end of the lounge bar of The Jolly Tar in Hannington. Reportedly middle aged and nearly 6 feet tall he has also been seen in the public bar by the landlady, chef and locals.

The Jolly Tar became a public house in 1855 and was before that an 18th century farmhouse although whether the ghost is associated with the house or the pub is not recorded in this story. 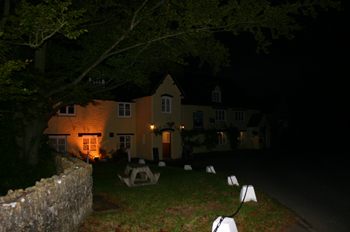